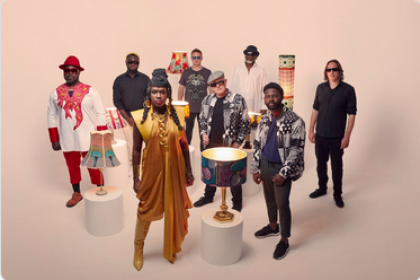 Fronted by Nigerian singer Eno Williams, Ibibio Sound Machine is a clash of African and electronic elements inspired in equal measure by the golden era of West-African funk & disco and modern post-punk & electro.