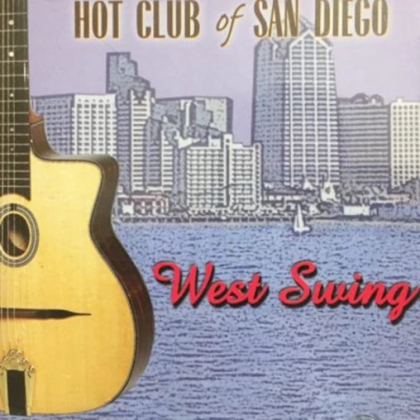 Born in the south of France, Patrick Berrogain’s foray into the music world began at the age of 13 when he bought his first guitar. It was not long before he began playing bass and guitar semi-professionally while finishing high school. At 19 he landed a touring gig with an Italian pop band, Delta Landa with whom he traveled the world. A few years later Patrick decided to follow his dream to study jazz in America.. In 2007, Patrick created his latest Gypsy jazz group the ”Hot Club Combo” playing music ranging from Michel Legrand and Edith Piaf to contemporary artists, all filtered through the lens of Gypsy jazz.

Gypsy jazz (also known as Gypsy Swing or Hot Club Jazz) is a style of jazz music often said to have been created by guitarist Jean Baptiste "Django" Reinhardt in the 1930s. Because its origins are in France it is often called by the French name, Jazz Manouche or alternatively, Manouche Jazz, even in English language sources. The term is now commonly used for this style of music. Django was foremost among a group of Romani guitarists working in and around Paris in the 1930s through the 1950s, a group which also included the brothers Baro, Sarane, and Matelo Ferret and Reinhardt's brother Joseph "Nin-Nin" Reinhardt.