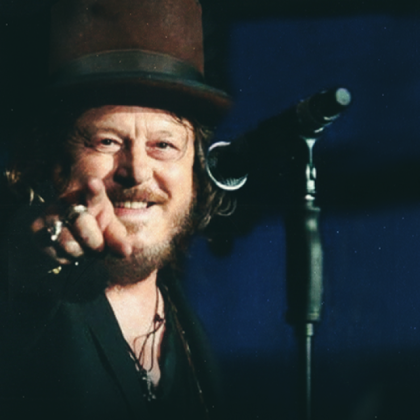 Zucchero returns to the Balboa Theatre! November 2021 the release of "DISCOVER", the very first cover album project in Zucchero's career, preceded by the radio single of the Genesis song "Follow you follow me". In "Discover" Zucchero dismantled iconic songs from the Italian & International music scene & reassembled them in his own signature style. The album features collaborations with major artists such as BONO in "Canta la Vita", ELISA in "Luce" & MAHMOOD in "Natural Blues", Moby's version of the Vera Hall track "Trouble So Hard". In December 2021 "SING 2 - Sempre più forte" was released in cinemas. It is the sequel to the successful film SING directed by Garth Jennings, where for the first time Zucchero tried his hand at dubbing, lending his voice to the character of Clay Calloway, voiced by BONO in the original version of the film.