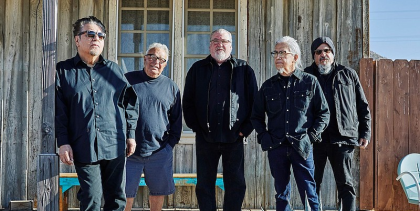 A six-man band from East Los Angeles, Los Lobos is influenced by an eclectic list of music genres and styles, including rock and roll, Tex-Mex, country, zydeco, folk, R&B, blues, brown-eyed soul, Chicano rock and roll and cowpunk. They originally rose to fame with their rendition of Ritchie Valens’ “La Bamba,” which topped the charts in the U.S., U.K and other countries.