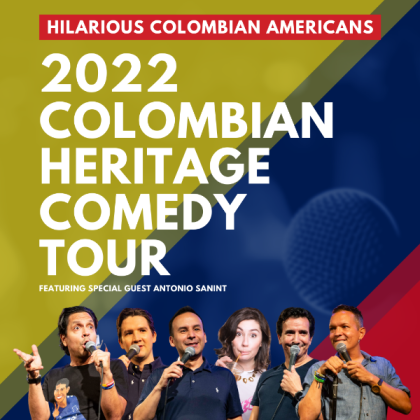 Hilarious Colombian Americans is exactly what is sounds like - a group of Colombian American stand-up comedians who travel the country with their hilarious stories about what it's like growing up Colombian in the United States. They've had audiences in New York City bent over in laughter for years, and now they are taking the show on the road!

This show is in English and for everyone to enjoy - not just Colombians. You don't have to speak English to attend, you just have to understand it. Share this event with a friend because it's too good to miss out!