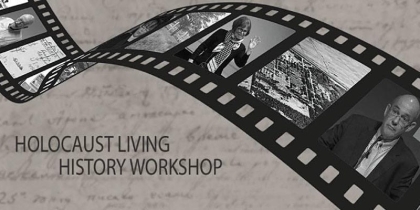 Talk: A Child in Birkenau

It would be difficult to imagine a more hostile place to spend one’s childhood than the Nazi concentration camp Auschwitz. Yet this was the fate, at least for a time, for hundreds of children during the Holocaust. Among them were George and Paul Hadl, twins born in February 1938 in Budapest, Hungary. Deported to Auschwitz-Birkenau in the fateful summer of 1944, the twins, their older sister Eva and their mother Irene were lodged in the children’s barracks (Kinderlager). Despite the horrible conditions in the camp and frequent medical experiments, the twins survived the war. Upon liberation, the Hadls returned to Budapest, and in 1956, George left Hungary for the United States. At this event, he will share his memories and insights in conversation with his granddaughter Stephanie Heimler.

Please Note: This event was originally scheduled to be held both in-person and virtually. Out of an abundance of caution, and following UC San Diego’s temporary shift to remote learning, the event will now be held entirely online.