The Participant Observer Recipe of the Month is Flemish Waterzooi: a creamy chicken soup/stew that is guaranteed to warm your soul on chilly days. When you look at the ingredients for Waterzooi, it doesn't seem like this is a very exciting dish. However, we were absolutely surpised by how delicious it is. It's a keeper! 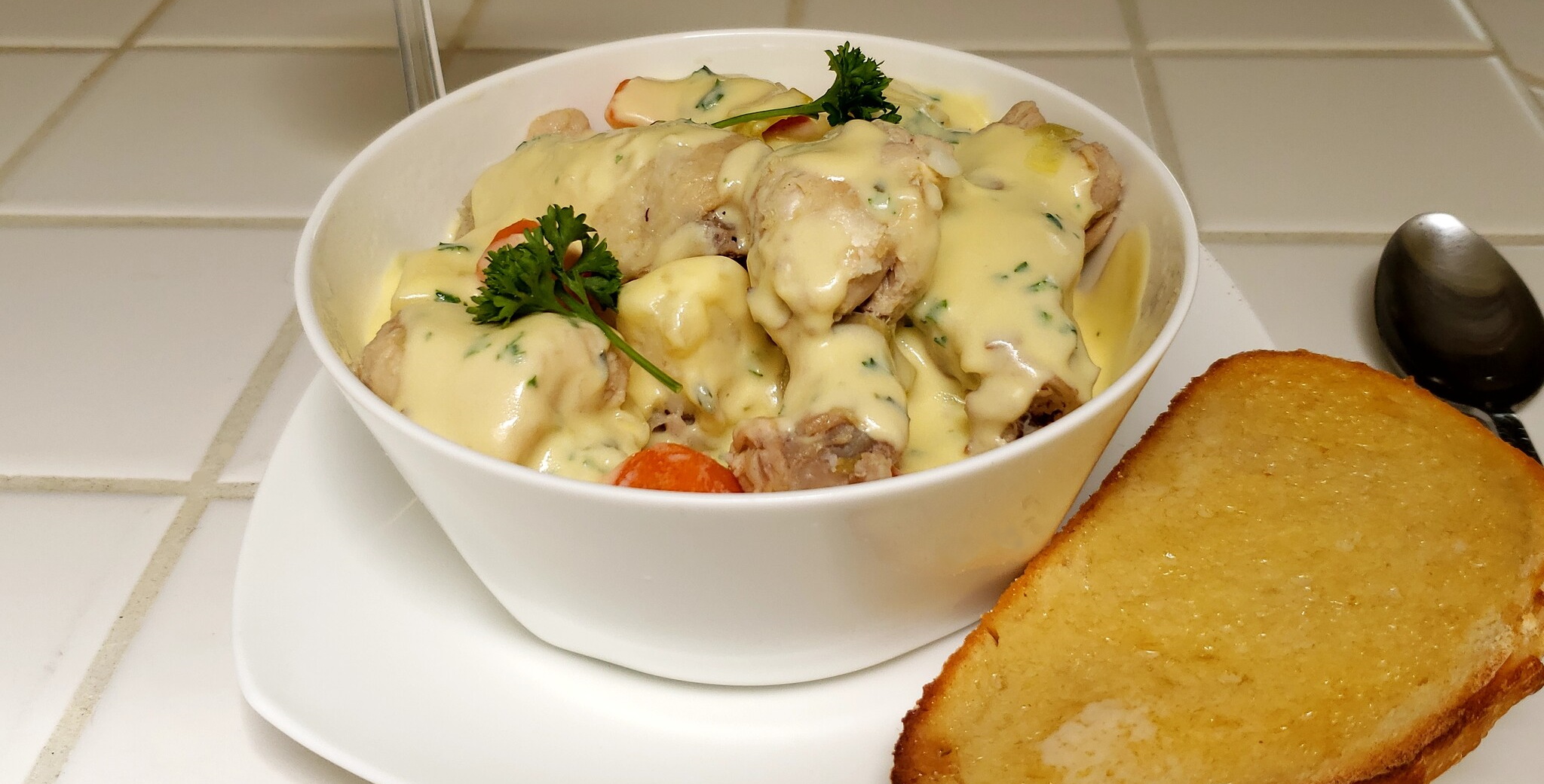 It is believed that Waterzooi originated in the town of Ghent, and it is often called Gentze Waterzooi. Originally Waterzooi was made with fish but possibly because of river pollution, chicken became more common. In Belgium it is not unheard of to use a whole stewing chicken that is slowly boiled and then skinned and cut into smaller pieces. You can use breasts, dark meat, or a combination of both. For fish versions, eel, pike, carp, bass, cod, monkfish or halibut are popular choices. Shellfish are also an option. The remainder of the ingredients, carrots, onions, celery, potatoes, leeks, cream, and egg yolks, are common ingredients, regardless of the protein used.

Although the basic ingredients for Waterzooi are fairly standard, there are a number of differing cooking procedures that cooks use. Sometimes whole pieces of legs, thighs, and wings are used; some recipes use cubed breast meat. Sometimes the carrots are julienned; sometimes they are cut into larger chunks. Most commonly the vegetables are cut into rather larger chunks.

There are several recommended ways that Waterzooi is thickened. Nearly all recipes use heavy cream, but some recipes call for making a roux from butter and flour to use to thicken the broth. Other recipes use corn starch to thicken the broth. Many, if not most, use egg yolks. Using egg yolks requires a bit of care. If you boil the soup stock after adding the cream and eggs, it will curdle. It won't taste bad, but the silkiness of the sauce will be lost.

Eet Smakelijk (Bon Appétit or "enjoy your meal" in Flemish.)

Recipe and Photos by T. Johnston-O'Neill

People from My Neighborhood