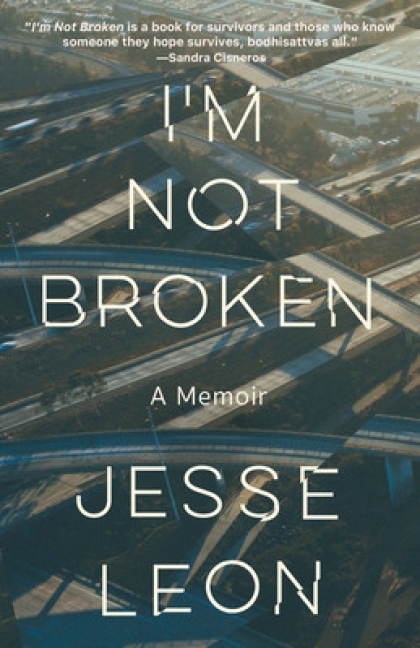 Warwick's will host Jesse Leon as he discusses his new book, I'm Not Broken: A Memoir, in conversation with Ruben Navarrette. Jesse Leon is a social-impact consultant to foundations, impact investors, non-profits, and real estate developers on ways to address issues of substance abuse, affordable housing, and educational opportunities for at-risk youth. Since receiving a master’s degree from the Harvard Kennedy School, Jesse has managed multi-million dollar philanthropic grantmaking for various foundations and banking institutions, managed over $1B in public sector investments for affordable housing, and built thousands of units of mixed-income housing as a real estate developer for Bank of America. Jesse recently moved back to San Diego to be closer to his mother and to pursue his dream of publishing this book. He is a native Spanish speaker and fluent in English and Portuguese.

In this unflinching and inspiring memoir, Jesse Leon tells an extraordinary story of resilience and survival, shining a light on a childhood spent devastated by sex trafficking, street life, and substance abuse.

Born to indigenous working-class Mexican immigrants in San Diego in the 1970s, Jesse Leon's childhood was violently ruptured. A dangerous and harrowing encounter at a local gift shop when he was eleven years old left Jesse with a deadly secret. Hurt, alone, and scared for his life, Jesse numbed his pain by losing himself in the hyper-masculine culture of the streets and wherever else he could find it - in alcohol, drugs, and prostitution. Overlooked by state-sanctioned institutions and systems intended to help victims of abuse, neglected like many other low-income Latinos, Jesse spiraled into cycles of suicide and substance abuse.