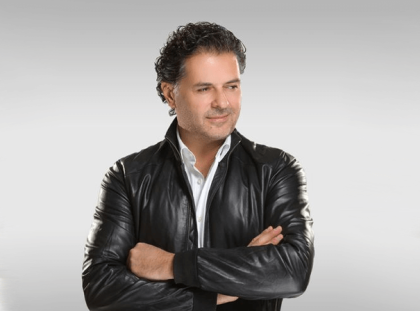 Ragheb Alama is a Lebanese singer, dancer, composer, television personality, and philanthropist. Alama began his career in the 1980s when he appeared as a contestant on the talent show broadcast Studio El Fan, on which he received the Platinum Award.