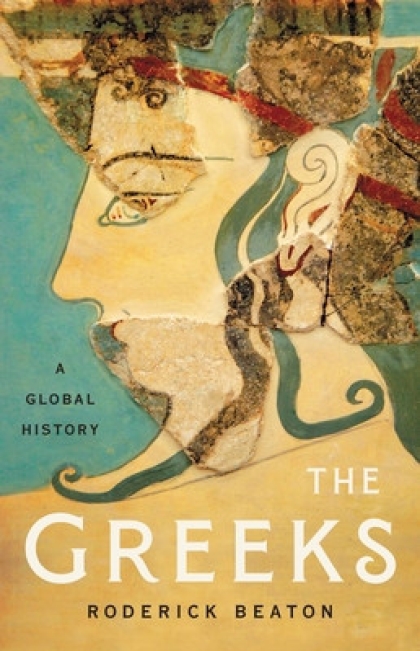 Warwick's will host Roderick Beaton as he discusses his new book, The Greeks: A Global History, in conversation with Dr. Seth Lerer. Roderick Beaton grew up in Edinburgh and studied English Literature at Cambridge, before specialising in Modern Greek studies. For thirty years until his retirement he held the Koraes Chair of Modern Greek and Byzantine History, Language and Literature at King’s College London. Roderick is the award-winning author of several books of non-fiction, one novel, and several translations of fiction and poetry, all of them connected to Greece and the Greek-speaking world. He is a Fellow of the British Academy (FBA), a Fellow of King’s College (FKC), and Commander of the Order of Honour of the Hellenic Republic. From 2019 to 2021 he served as a member of the Committee “GREECE 2021”, charged by the Greek government with overseeing events commemorating the 200th anniversary of the start of the Greek Revolution in 1821.

More than two thousand years ago, the Greek city-states, led by Athens and Sparta, laid the foundation for much of modern science, the arts, politics, and law. But the influence of the Greeks did not end with the rise and fall of this classical civilization. As historian Roderick Beaton illustrates, over three millennia Greek speakers produced a series of civilizations that were rooted in southeastern Europe but again and again ranged widely across the globe.

In The Greeks, Beaton traces this history from the Bronze Age Mycenaeans who built powerful fortresses at home and strong trade routes abroad, to the dramatic Eurasian conquests of Alexander the Great, to the pious Byzantines who sought to export Christianity worldwide, to today's Greek diaspora, which flourishes on five continents. The product of decades of research, this is the story of the Greeks and their global impact told as never before.